Yesterdays Sneak Peek release on the community site saw the preview of the first Halfling Star Player since 1990, thats right 1990 JEEZ have I really waited so long since Puggy Baconbreath was released.

In the upcoming months will see the release of Rumbelow Sheepkin, not just any Halfling Star Player this see Rumbelow riding onto the pitch on his cantankerous pet ram. 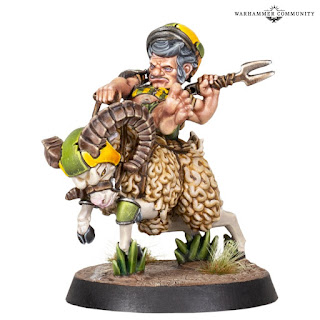 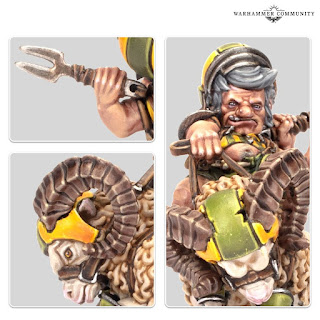 Rumbelow takes the role of a Blocker on the pitch and I am sure he won't be the butt of the opponents jokes.
Rumbelow has the following special rule: Ram

Looking forward to this release and I will do a more indepth review of the model once it is released and I have it painted up.