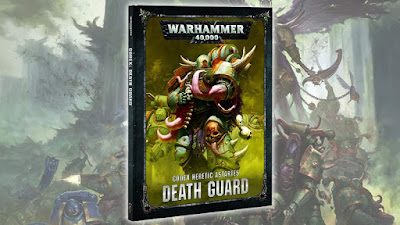 So last night I started pulling my models together for the army to see what I have and what I need to buy. Some of the models in my list have not yet been released yet so I really have to crack on with what I can get my hands on. Having a really tight timeline I have drawn up a painting chart so I can track my progress.

Death Guard 120 Painting Schdule
Cannot get the image linked into the document but if you click on the link above you can see the sheet.

Pay day this week and hopefully GW put the models I need up for Pre-Order so that I can get the remaining models.

How do you plan out your painting projects?

Morning fellow  Bloggers and Blog readers, todays post will be taking you through my 120 points power rating Death Guard army list, I am hoping that I am going to be able to attend the Throne of Skulls at the end of November.

The new format is all about sporting behaviour and themed armies rather than win at all costs. I love the idea and the sentiment behind that, however I am under no illusion that with the points still being more heavily in favour of the points of the win, there will still be the players that want to turn up an have the power WAAC armies.

So with 120 points that can be spread over 3 detachments I sat down with the new Death Guard codex some pen, paper and a cup of tea.

Read after the break

Card of the Week: Twist

Card of the Week: Twist 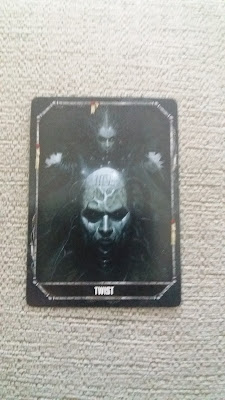 Starting a new weekly posting called card of the week.

We have been playing a lot of 8th Edition 40k since the release and in the opening weeks releases GW brought out a deck of Cards called Open War. This deck of cards contains 5 separate decks that are designed to allow players to grab their armies and quickly choose a Deployment set up, the missions objective, and a twist to the mission. There are also Ruse decks and Sudden Death which come into play depending on the difference between the 2 armies scores.

So after the break see what Twist card was pulled at random.

Read more »
Posted by Dibdab Hobby Blog at 11:54 No comments:

Email ThisBlogThis!Share to TwitterShare to FacebookShare to Pinterest
Labels: Card of the Week, Warhammer 40K 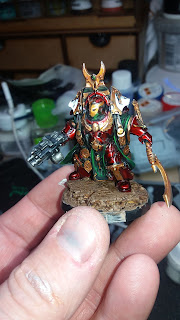 Last night completed work on the new Thousand's Son's Praetor. Just have the base to edge, was really hoping that my new light would have arrived but sadly not. Went with the Metallic Cherry Red scheme from Forge World using Leadbelcher rather than gold as my base colours. Really enjoyed painting this model and where as I am not planning on doing a full Thousands Sons army I may well paint up a Dreadnought as the model is stunning.

Once the light box turns up I will get some better photos taken and posted.

What have you guys completed over the weekend?


Posted by Dibdab Hobby Blog at 18:58 No comments: