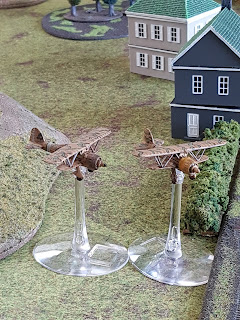 First models completed this week are the CR42 Falco for the new Avanti Force. These are going to add some much needed air support which will hopefully aid in taking out the larger opposing tanks.

Next up is some infantry.

Posted by Dibdab Hobby Blog at 00:30 No comments: 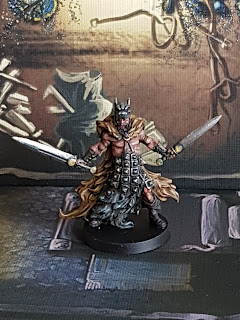 My first finished Massive Darkness figure this week. Up is the Minion Boss from the Trogdolytes box set. Only another models to complete from this box set. I have not decided on the basing as of yet, but I think it will be something to reflect the nature of the tiles.
This model will also star as an enemy NPC in the D&D campaign that I am running.

Posted by Dibdab Hobby Blog at 12:13 No comments: 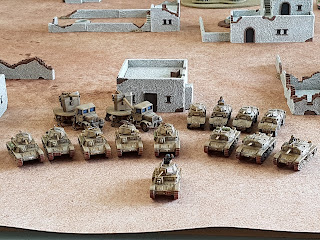 This weeks lunchtime painting sees me completing my first 42 points, there is another 58 points to paint to bring me up to a nice 100 point list.

Check after the break for more shots 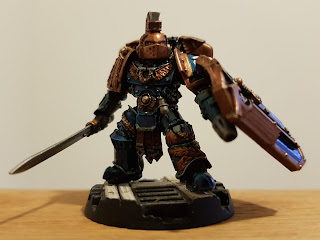 Tonight's update is the work in progress on the Ultramarines. Check after the break for more pics.

Read more »
Posted by Dibdab Hobby Blog at 21:05 No comments: 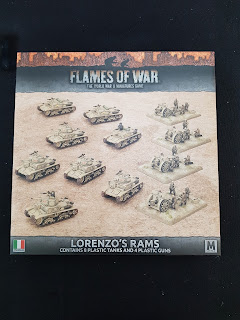 Lorenzo's Rams is a great way to get started with your Italian Forces for Mid War. Tanks and Artillery what more could you want in an starting box.

Check after the break the contents of the box set. 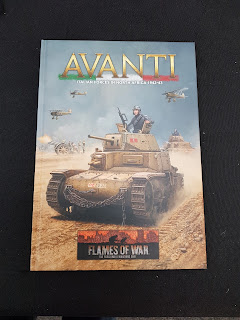 'The German soldier has impressed the world, however the Italian Bersagliere soldier has impressed the German soldier'
Generalfeldmarschall Erwin Rommel
On 10th of June, the Italian dictator Benito Mussolini known as IL Duce, joined the war on the side of the Axis forces, declaring war on Great Britain and France. He had dreams of a new Roman Empire, which he would start by kicking the British out of North Africa.

Check after the break on some internal book pics and contents. Plus my thoughts on a new Flames of War project. 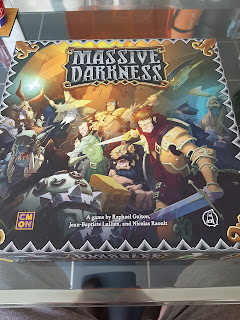 For my Birthday the wife picked me up a copy of Massive Darkness. Big Hefty box as we have come to know and love from COMN and Guillotine Games.

After the break there will be a wall of pictures showing of the huge amount of contents from the core set.

Read more »
Posted by Dibdab Hobby Blog at 14:08 No comments:

Tonight's game was brought to us by Wizkids

Check game break down after the break

Email ThisBlogThis!Share to TwitterShare to FacebookShare to Pinterest
Labels: Board Games

So after Birthday grub (see earlier post) we settled down to our long awaited game of Galaxy Truckers. Really not sure what was going on here I might have had a couple of beers. Nothing in the rules about flying in space drunk.

We are gonna have another full game next week so will try and do a better write up. But from the first play through it was a blast

Posted by Dibdab Hobby Blog at 21:40 No comments:

Email ThisBlogThis!Share to TwitterShare to FacebookShare to Pinterest
Labels: Board Games 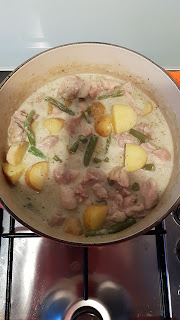 This week as it my Birthday on gaming night tonight I have knocked up a Thai Green Chicken curry.

Read more »
Posted by Dibdab Hobby Blog at 19:30 No comments:

Email ThisBlogThis!Share to TwitterShare to FacebookShare to Pinterest
Labels: Grub for Gamers 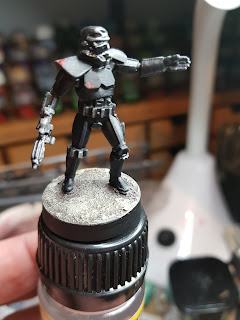 Legion has been out for a few weeks now, and I had been struggling to get motivated to paint up the figures. However seeing the painted figure shots hitting Facebook I decided to knuckle down and paint a test model. Rather than the classic white armour I have chosen to do Shadow Troopers. Fairly quick and easy paint scheme.  I have Salute this weekend so that will put a halt to any hobby. But have all the Storm Troopers undercoated and based. So one big painting night will see them done.

Anyone else painting up Legion? 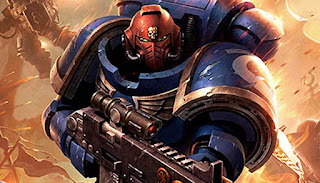 So been a long time since I talked any 40k with a lot of my recent focus being D&D. A good mate said that he fancied a game of 40K as he did not want to forgot the rules, but more importantly he had unknown to me he had snuck in a copy of Forge Bane and some other Ad Mech bits and pieces. So with the spanner thrown down as it were. I spent Sunday pre Grand Prix working up a 100 Power Point List.

Read more »
Posted by Dibdab Hobby Blog at 15:39 No comments: