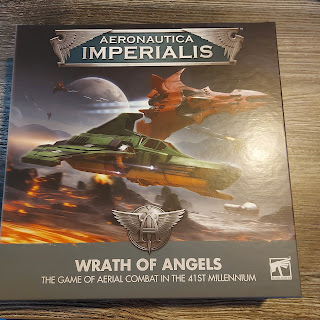 Wrath of Angels was released the back end of the summer and to be honest even though I love the system I completely missed this release. This is now the third box set release for Aeronautica Imperialis and two much waited races have finally entered the skies. Space Marines and Asuryani ( Eldar). I am a fan of the secondary game releases as everything needed for the game is released that weekend.

So what do you get for your money with the release of this box?

3 Asuryani Nightwings with choice of load-outs

The models are with the rest of the range are highly detailed and easy to assemble, with most aircraft giving you options on their load-outs. There will be another post on the models once I get round to assembly and painting. 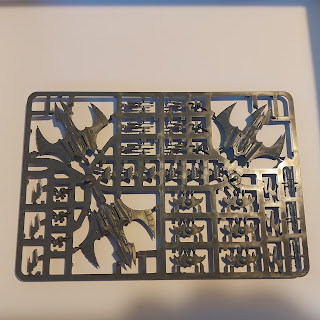 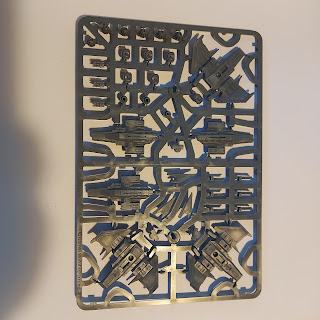 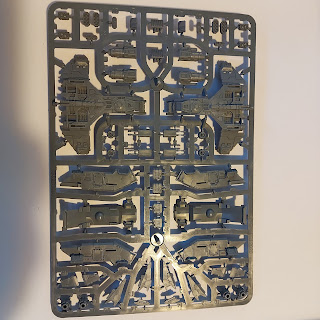 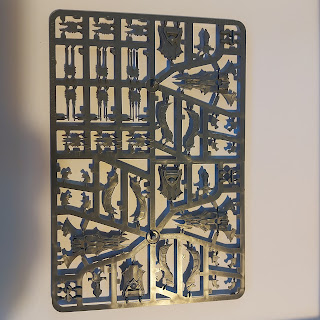 The rulebook contains all the rules you need to learn to play the game so this is a perfect entry point into Aeronautica Imperialis. There also campaign missions and squadron lists for both forces. Sadly this release unlike the other 2 box sets did not come with a hardback book and I feel that release is worse for it. The Adeptus Astartes list has rules for all the releases apart from the iconic Thunderhawk Gunship that has been out of stock since the release weekend. So I am hoping that the rules are in the box set. 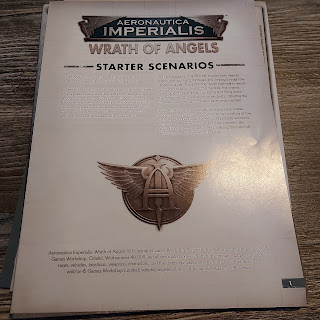 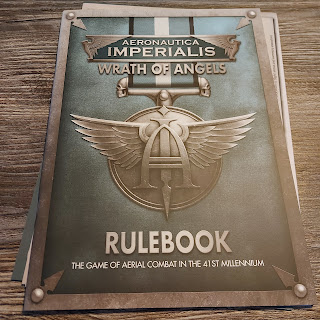 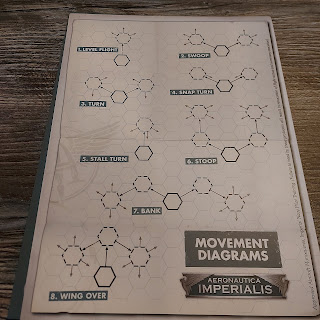 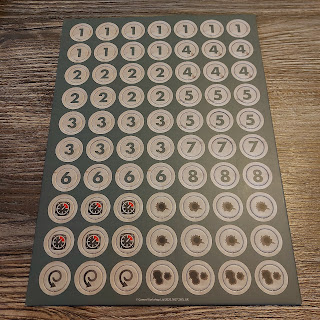 The map is made from the poster material but good news there is a hard wearing cardboard variant available. Supporting the release are the usual dice sets and card packs. The dice packs are still available but the card sets have now sold out. So looks like hunting around some local stores to see if they still have stock or braving the auction sites to complete my collection. 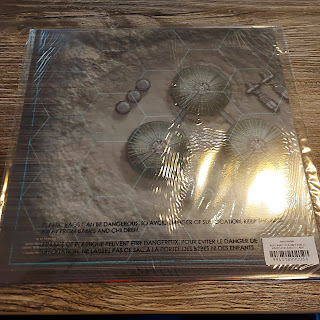 All in all this is another solid release and its great to see Games Workshop continue to support this system. November did see a nice update with Necrons on the horizon it is yet to be seen if this going to be another box set or supported through Forge World. Personally I am hoping for another box set as I think these are great little entry points into the hobby. 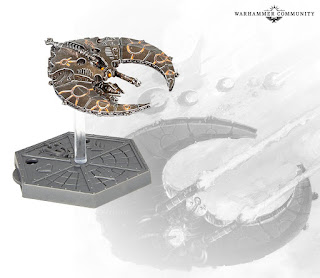 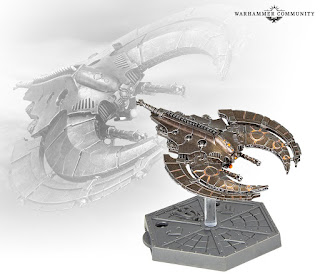