via Instagram
Posted by Dibdab Hobby Blog at 20:50 No comments:

This week sees Forge World bring us some great new terrain pieces for the battlefield. There are 4 pieces in total and easy 1 click bundle 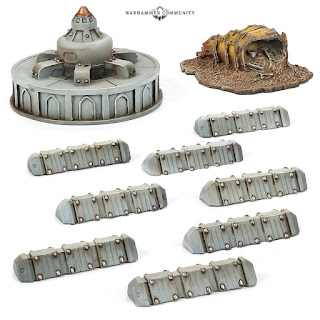 I really like the destroyed container. I can only hope that we will see some non destroyed ones in a future release. I think this pack might see a multiple purchase for me once I get my gaming table set up and running. 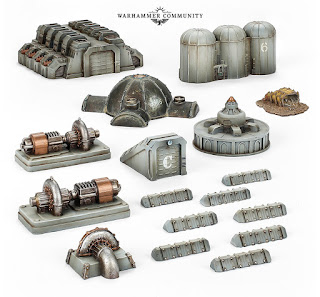 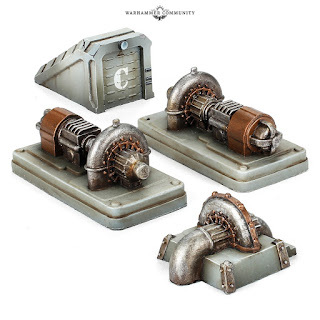 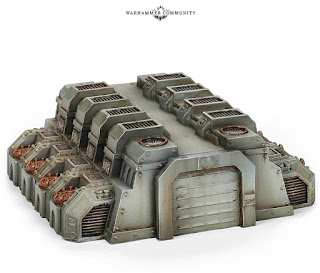 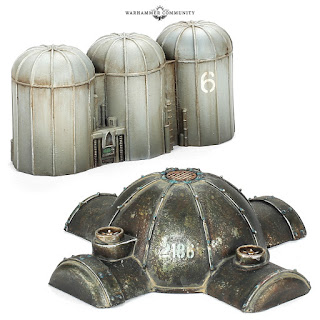 Again loving the Silos can see this being a multiple purchase again for some nice big objective silo areas.

Some nice pieces if you are not going down the 3D Printed route. Each being priced at £12 I think is a pretty good price and cheaper than some of the offerings on Shapeways.

Posted by Dibdab Hobby Blog at 12:39 No comments: 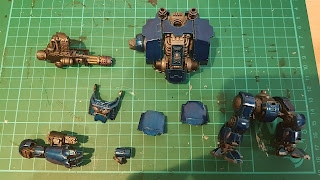 Bit of a break last week as was ill with stupid Tonsilities, but back on with a few more layers to complete the blue. Now onto the black casing on the weapons and bringing some more life to the metal areas.

How is your DreadTober going?

Posted by Dibdab Hobby Blog at 18:47 No comments:

With Vapian taking up the DreadTober Challenge with his Riptide we have decided the end of the month we will battle against each other to see who will come out on top. Having had a look at the Riptide stats I am not holding out to much hope.

Over the weekend and todays lunch break I have started the long blue layering process. It starts with leadbelcher and then ink washing with agrax and nuln oil, then a drybrush of leadbelcher and then finial highlights with Stormcast Silver. Then using the clear blue from the old Forge World paint range it is about 8 layers till I reach the deep blue that I am looking for. Once all the blue is done will be onto all the finer details of the model. 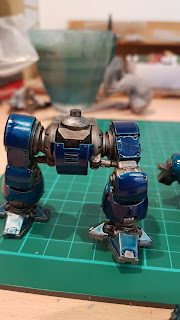 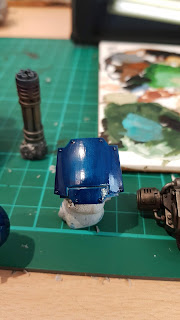 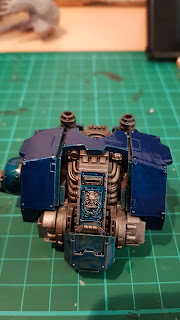 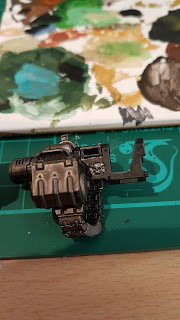 Posted by Dibdab Hobby Blog at 18:56 No comments: 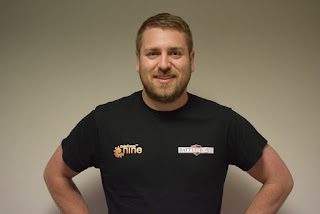 Being a long time Space Marine and Imperial Guard player, this summer with the release of the Contrast Paints from GW, I took the plunge and bought a Tau Army from scratch. This was only to have an excuse to use the Contrast Paints, on an army I had long wanted to get together and play for WH40K.

Never one to do it by halves, my rationale was to get everything i wanted in my army, in one jump; simultaneously hiding my purchases from the missus and also paint the army in a single hit.

So one big purchase later, which included the Start Collecting boxset (x2) and a tonne of pathfinders, crisis suits and the jewels in my gunline a Broadside and a Riptide, all I have to do is choose a colour scheme. But my lovely big models? These are huge models compared to anything I’ve painted for 40K before and lend themselves well to Dreadtober. 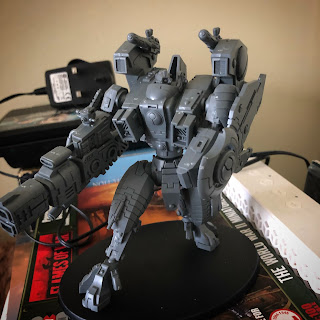 After a conversation with your regular host DibDab666, I was convinced to paint at least one of my Tau Dreadnaught sized models for Dreadtober, especially as my painting queue had stalled with Flames Of War projects, work, life in general and too many hours replaying Assassin’s Creed Odeyssey in September...

So this is my pledge. The Riptide will be up first (my rationale being if I get the biggest model out of the way first, hopefully medium and small models will follow a lot easier and almost appear done on their own) then everything else.

Also I have some Flames Of War Infantry begging me to get painted as well, so I will post regular updates on both projects. Then I can get back into the painting groove as Aeronautica Imperialis and my aforementioned Crimson Fists are also vying for space on the painting station. A hobbyists life is never completed!

Another lunch time down and completed the posing and some of the work on the base. Happy with how it looks, worked on a fairly action based pose that will really stand out on the table. I am really pleased with how much pose ability this kit has as most of the shots I have seen have been fairly static. I have to be honest cannot wait to get this painted as tempted by a second one.

4 Shots of the pose below all the body, legs and arms are all separate for ease of painting. Can you guess what Netflix show I am watching? 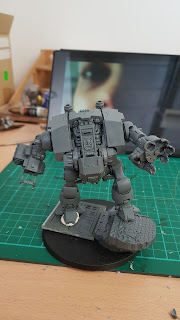 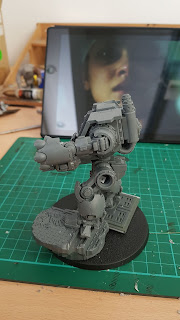 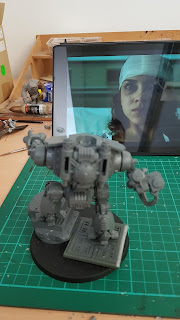 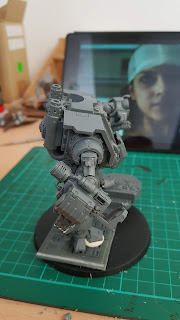 Posted by Dibdab Hobby Blog at 18:53 No comments:

So it's day one of Dread Tober and I have made some really good progress over lunch today, got the main body completed and got the legs done ready for posing. 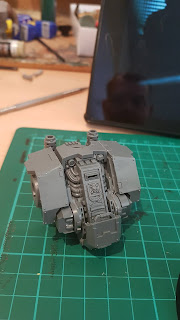 Just simply assembled not chosen the weapon option just yet, and cannot decide if I am going to seal it or have it so that that it can open. 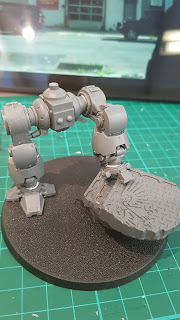 As I mentioned in yesterdays post ones of the challenges I was going to face was the basing as GDub do not produce the style I am using in such a large size. Hunting through my bases box found these steps left over from the 40K Heroes kit. The idea is to have the dread in a standing pose and his left arm pointing towards an unseen enemy.

Hopefully will have the basic assembly completed tomorrow and then can start to work on the painting.


Posted by Dibdab Hobby Blog at 19:16 No comments: