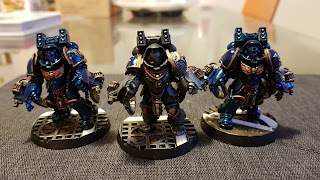 Yes Bank Holiday weekend was good to me in terms of painting time. So completed is my next unit for my Ultramarines, my Agressors with added DeathWatch armoured. So for now will be taking a break from my Ultramarines and focusing on my Adeptus Titanicus forces.

Posted by Dibdab Hobby Blog at 20:34 No comments: 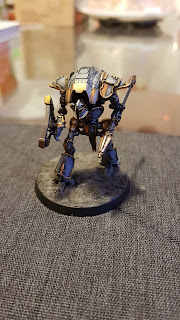 With completing the Big G finally time to get back to AT, first knight completed is my Cerastus Knight, gone with a muted grey scheme and small spot lights of Orange. I have left the transfers off for now as I am trying to find some who can print out decals for my household. Up on the table is my next Knight, 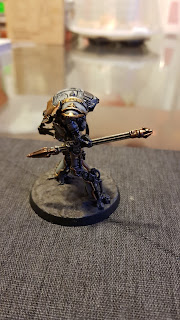 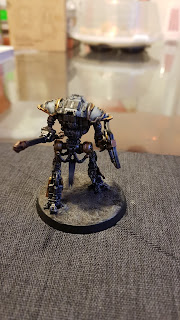 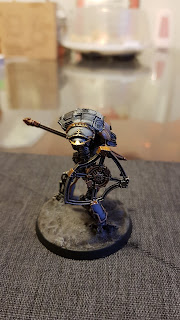 Posted by Dibdab Hobby Blog at 20:34 No comments:

Well we had been waiting on this announcement for a while now ever since we saw some model shots earlier this year. To be honest I am surprised that this was not released later on this year, with the recent releases of Warcry and re-release of Kill Team, I thought that they might have given a bigger window to allow these games to bed in a little. 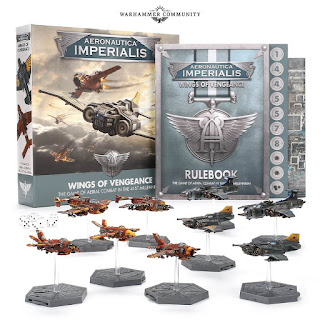 Going up on pre-order this weekend is the main box game Wings of Vengeance and a whole host of supporting products.

Check after the break for more images and my initial thoughts.

Read more »
Posted by Dibdab Hobby Blog at 19:06 No comments: 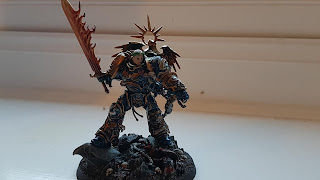 I am pretty pleased with how the gloss blue armour has turned out on such a large model, all the armour edging and scrolls where a nightmare to paint and to ensure did not hit back over the blue, there were a couple of re-touching up that happened. I may well go back to the blade at some point. But I think I will practise this technique again on another blade.


More pics after the break 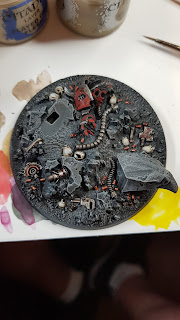 Completed work on the base this week, so Roboute is getting closer to completion. Got  some final cleaning up and highlighting on the main model and then onto the face. I have chosen to go without the helmet so I can try and improve my skin painting and eyes oh the dreaded eyes.

Posted by Dibdab Hobby Blog at 19:18 No comments: 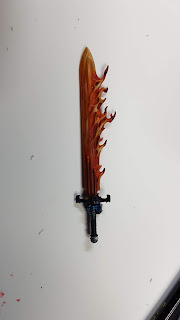 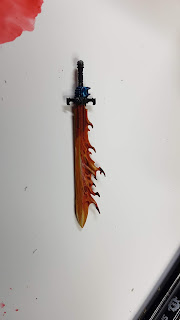 Today completed more work on the Emperor's sword, not massively happy with how it has come out. Just far to dark and not glowing with the Emperor's might. I think I will need to work off a white undercoat to get that bright flaming effect. Cannot decide if I want to strip it down and start again or just get the model finished as he has been on the painting table for a long time now.

Posted by Dibdab Hobby Blog at 19:38 No comments: 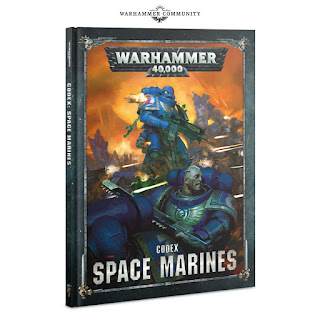 Well unless you have been hiding under a rock last week at Gen Con GW dropped the Space Marine bomb.

We all knew this had been coming for some time as the first Codex kinda just scratched the surface and with the release of Shadowspear we got some great new units and they needed to be included in the codex.

My prediction is that this will not be the last Space Marine codex that we will see in the next 2 years. I am taking my guesswork from Age of Sigmar where we saw 3 Battletomes released for the Eternals as new models were released. It would not surprise me if this follows suit.

All the model shots have been all over the web, Instagram and Twitter but below are some of the releases that I am really looking forward to. 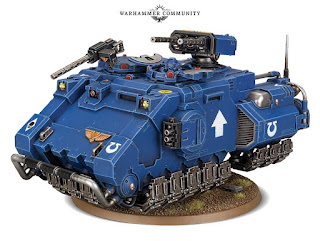 A little on the fence with this one in terms of design but with only this shot and no 360 view or sprue shot, not making my mind up fully. But if in game terms it is a cheap transport option for my Primaris then this will prob become a no brainer for each squad. Always love the idea of having marines with transports kinda fits the theme. 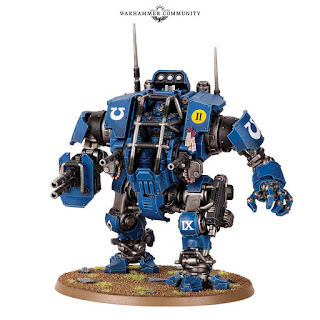 Invictor Tactical warsuit. Well I have over 20 of the new Vanguards that are sitting waiting to be built and added to the army, so looking forward to seeing the codex and the rules for this bad boy and if there any other weapon options. I hope that the sprues will give some great pose options. Especially if you can the Heavy Bolter fitted to the off hand. 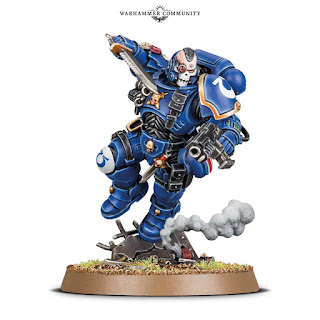 Looks to have another LT for the Vanguards and love an LT looks great and full of character. 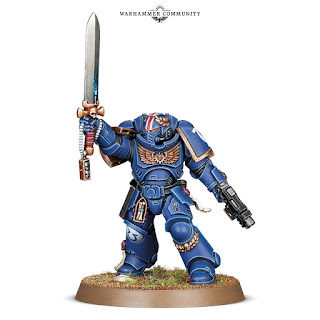 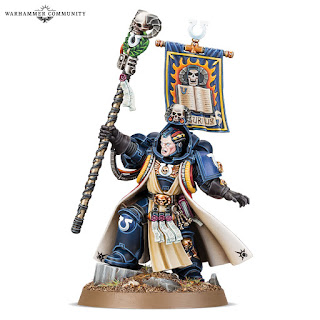 So wallet is going to get well bent out of shape.

What do you think to the upcoming releases?

Posted by Dibdab Hobby Blog at 19:28 No comments: 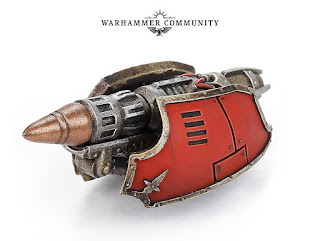 This weeks pre-order for Forge World brings us the Warp Missle Rack for the Reaver Titan, check after the break for more images and rules.

Read more »
Posted by Dibdab Hobby Blog at 16:00 No comments: 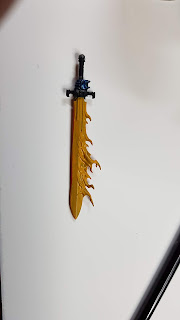 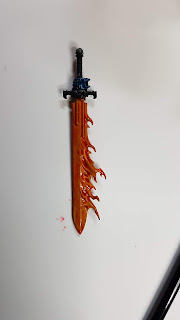 A couple of progress shots from the Emperors Sword, started with a base coat of Averland Sun and then added a layer of the Blood Angels Red contrast paint that had been thinned down with contrast medium. I think this might need a couple more layers of the red to build up the nice war, base before I can starting bringing up to a golden yellow. It has taken a long time getting the Big G painted but I think the end is in sight. I just need to decide If I am going for helmet or no helmet.

Posted by Dibdab Hobby Blog at 19:53 No comments: