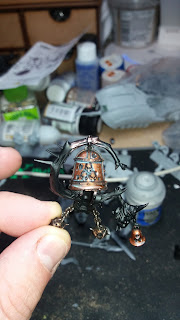 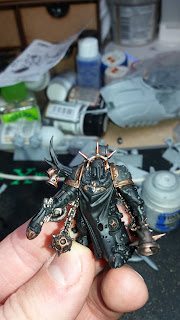 Oops yet another model started.
I do finish them I promise, I am going with a very dark gloomy feel to my Death Guard. Started work on the metal before I get to the armour. The first few layers have been done ending up with a verdigris, next up some more wash layers before hitting the metal again.

In the post this week is a small light box, so hopefully some gallery shots in the near future.

Posted by Dibdab Hobby Blog at 19:00 No comments: 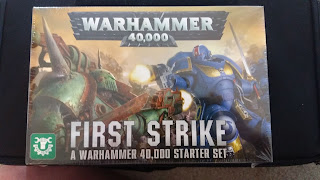 There has been a lot of unboxing posts on the web of the new Dark Imperium box set. This weekend I got my latest hobby fix from Element Games and it was the First Strike Warhammer 40,000 starter set.
This box set is about the size of a house brick and weighs about the same, so what have GW managed to cramp into the seemly small box?

Check after the break for the unboxing

Read more »
Posted by Dibdab Hobby Blog at 11:00 No comments: 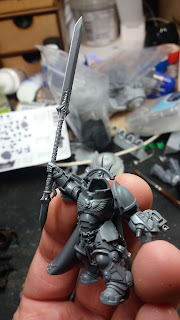 I have had the Dark Imperium box since the release date, and the Primaris Marines have pretty much sat in sprue as I have struggled with my choice of Chapter. I still have the 5 test Space Wolves that should be finished this weekend. However as I am doing Space Wolves for 30k I really want to head down a different path for 40k.

Death Guard are going to be my primary force, but I do want to paint up the Primaris, but use them as long term painting and modelling project. So I have decided on my own colour scheme and now working on some back ground for them.

So starting with the Captain I have removed his Master Crafted power sword and replaced it with a Master Crafted Power Glaive. I have used a spare Glaive from the Age of Sigmar Liberators sprue. I need to do some green stuff work on the joints, but then he will be ready to paint.

The colour scheme has been decided so check back and see the progress.

Have you stayed with a known Chapter?Or have you created your own?

Catch you on the flipside. 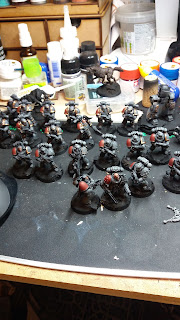 So all the metal work is complete and now onto the basing and detail work before transfers and weathering takes place. Hopefully finished in the next couple of days. 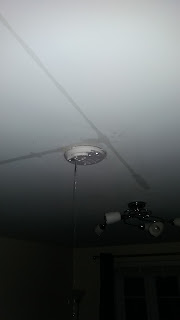 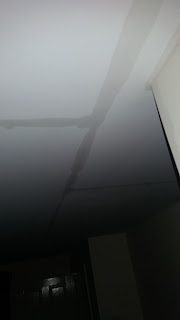 Everything was on track to have the first 1000 pts finished for the Forge World open. Then on the Weds morning woken up at 4am with the Fire Alarms screaming and water flowing through the ceiling. So a couple of weeks down the line the house is drying out and the 1000pts is almost done.


Posted by Dibdab Hobby Blog at 12:50 No comments: 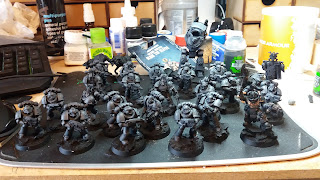 Been a tough work week so little day time progress. All the foot troops and the Dreadnoght have their base armour colour and Ink wash, next up highlighting the armour and getting the metal work finished.

Will get more progress done tomorrow night, check back to see the next update

Only 6 days of painting left eeek

Posted by Dibdab Hobby Blog at 19:37 No comments: